In an extremely difficult context, during the mid-90's, the General Bank of Mauritania for Investments and Trade was created upon Mr. Mohamed BOUAMATOU's initiative and with the support of a Belgian bank, LA BELGOLAISE, which was the subsidiary for Africa of the renown GENERALE DE BANQUE, and that participated with up to 30% in its capital.

In a short span of time, GBM managed to develop a business banking profile, attracting local companies that found the ideal partner in it. At the same time, GBM was able to earn the trust of international donors such as the ADB (African Development Bank), the EIB (European Investment Bank) and the IFC (International Finance Corporation), a subsidiary of the World Bank.

Subsequently, GBM has become the most profitable bank in the BELGOLAISE network and has obtained substantial loans from IFC, which has also taken a 5% stake in GBM's capital.

In the early 2000s, GBM topped the rankings of local banks in terms of equity capital, becoming the best performing bank in the country.

Ever since its creation in 1995, GBM has been a key element in shaping the economic and financial landscape of the country. Without being exhaustive, below are a few milestones:

MOMENTUM OF REGIONAL AND INTERNATIONAL SOLIDARITY

At this stage, emphasis should be placed on the scope of GBM's community solidarity in favor of the OMVS SOGEM Company. This support was welcomed by the OMVS Council of Ministers, meeting in its 51st Extraordinary Session in Bamako (letter of gratitude dated October 2, 2009) and by the SOGEM General Manager, (letter of gratitude No. 898/DG/SOGEM dated November 18, 2009), for the significant support extended to SOGEM, which was then experiencing serious financial difficulties.

In a letter addressed to Mr. BOUAMATOU, GBM CEO at the time, Mr. Saloum CISSE wrote: "Please find attached a copy of the solemn letter of gratitude addressed to you by the OMVS Council of Ministers for your exceptional contribution, enabling us to clear SOMELEC's and SENELEC's arrears of more than 25 billion CFA francs in record time”.

Later on, he goes on to say: "The financial recovery achieved by SOGEM, thanks to your personal intervention, which was highly appreciated by the Council of Ministers under the express request of its President, Mr. Samuel Amète SARR, Minister of Energy in the Republic of Senegal, has led SOGEM to lift the restrictions imposed by the donors, and to complete funding the FELOU Hydroelectric Power Plant and the laying of the foundation stone on October 30, 2009, by the OMVS Heads of State”.

Thanks to the dynamism of the man who founded it and the team he surrounded himself with, GBM has been able to weave a large network of correspondents throughout the world.

As a result, the Bank enjoys the confidence of partners such as NATIXIS, BRED BANQUE POPULAIRE, CITIBANK, COMMERZBANK, BMCE BANQUE INTERNATIONALE, Banque Cantonale de Genève (BCGE), BACB, ODDO-BHF, CAIXABANK, AFREXIMBANK, ECOBANK, UBAF, BMICE, without forgetting the Société Financiere Internationale (SFI), which placed at the Bank's disposal a wide range of confirmation lines to the great delight of its importing clients.

The values of Professionalism, Competence, Availability, Integrity, Loyalty, Humility, constantly maintained by GBM, together with the ambition to always be the best bank in the country, contribute to making GBM the reference bank in Mauritania for all businesses.

Backed by its staff of young and competent professionals, headed by the Managing Director Dr. Leila BOUAMATOU, GBM continues nowadays to achieve outstanding performances by bringing its expertise to the service of its customers and to funding the Mauritanian economy in all its sectors. 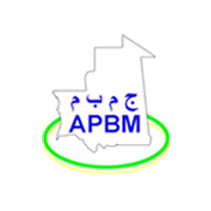 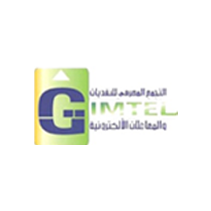 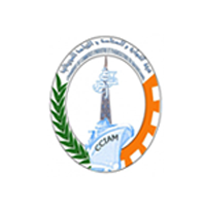 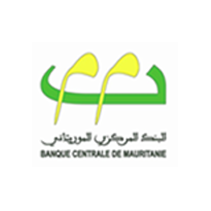